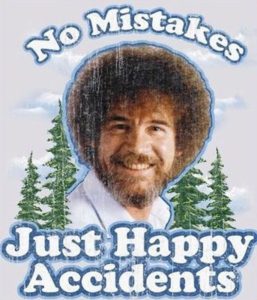 4.  To compete in the competitive music business

2.  To impress the world with our abilities

1.  To limit the distractions from the magic and perfection that already exists in all of us……….

Because that’s really what a mistake is….a distraction.  Not just to the listener, but to you, the performer. One of my favorite expressions is, the two most important notes in music are….the first note, and the first note after a mistake. So don’t be distracted by your mistake!  Mistakes, are not the point.  And even when you make mistakes, don’t make it the focus.  Move on, keep reaching for the beauty, and make that the point, the whole experience will be so much better for us and the listener.

Stan Bloodworthy, Detroit MI:    I sing in a rock band and really enjoy it. I’ve had several people tell me that they can’t understand what I’m singing. My girlfriend says I sound like I’m mumbling? What can I do about that.

Breck:       You need to think a bit about articulation. Articulation is best achieved by the ear. This simply means “want to be heard and want to be understood.” Often singers mumble because they’re not confident in some part of their presentation. Maybe it’s their lyrics, maybe it’s their tone, maybe it’s their stage presence. If you want to be understood then be clear in what you’re saying/singing. So much of that is achieved by listening to yourself. Something you’ll hear me say a lot is “the first part of voice is the ear.”
That said, the first thing is to understand about articulation is the concept “Living on the Vowel and Skipping off the Consonant.” We sustain vowels and connect them with consonants. Really learning how to think of singing as “phrases” and not just notes and words smoothes a singer out and makes their singing more liquid. I also like to purify  a singer’s vowels early on by teaching them about diphthongs. Diphthongs are two vowel sounds glued together to produce a vowel. For example: “I” = ahh eee and “A” = ehhh  eee. You can only sing one of these sounds at a time and be clear.
These are a few of the main things. We’ll talk more about this and related subjects soon.

Does Everyone Need Voice Lessons?

Stephanie F- Elkhart, Indiana – I went to a vocal instructor in my hometown.  She asked me to sing for her so I did.  She said that I don’t need voice lessons, that I have a beautiful voice and that I could probably teach her a thing or two.  Is it true that a person who sings so perfectly doesn’t need lessons? Anyone can use lessons right?

Breck- That’s a cool question.  In the March 2003 edition of Singer Magazine I answered a question titled “Does study ruin style?”  This is often a concern from singers that have a unique style and are afraid to lose it by going to a voice teacher.  I haven’t heard you sing and I don’t know the qualifications of the voice teacher you went to.  She might be very skilled and completely accurate.  She might not have enough experience to recognize things you could improve.  So at the moment you’re exactly the same singer you were before you went to see her.  But let’s say you went to a not-so-great teacher that said you needed a lot of work.  She might have proceeded to have you do all kinds of strange vocal teacher things and sing a bunch of songs you hated, really changing your perspective.  She might have even done all this in an unhealthy manner leaving you at a loss what to do next.  It happens.  So if you’re still interested in finding out more about where you stand, you might research the vocal teachers in your area and find someone who specializes in technique, and will let you sing whatever style of music you want.   Find a teacher that has a healthy vocal warm-up to teach you.  This way, even if you are already a perfect singer, you can keep your voice healthy for the rest of your life.  And maybe that is all you need. If you sound great and can tap into your music on an emotional level, then what else is there?  I can’t resist in answering that question with “variety.”  A great teacher will teach you to explore many avenues of singing and leave you with a lot of variety.  That said, some our favorite singers only do it one way, their way, and we love it.

I was recently exposed to one of the coolest singers I’ve heard in a long time, Sturgill Simpson.  I was listening to some bands at The Basement on South 8th in Nashville when in-between sets I heard some music that really caught my attention.  It was immediately familiar, and yet I new that it was new.

It had this very early 70’s  country music vibe, yet it was very fresh and current and the songwriting was actually pretty edgy.  I immediately loved it.

I’ve since spent a lot of time listening to various Sturgill Simpson recordings and I’ve definitely become a fan, and am excited to be inspired by a new discovery.

It seems that Sturgill has been making the rounds lately, playing everything from The Dave Letterman Show to The Grande Ole Opry.  I actually got to see the Opry show, and the only downside was that he only got to play two songs.  His live energy was great, and I look forward to seeing more shows.

There are a lot of very good singers in the world but it’s rare to hear someone that is truly captivating.  Someone that can just pull you in from the energy and emotion radiating through their voice alone, with no need for glitter and gloss.  Sturgill Simpson has a voice that is organic, rootsy, honest and delivered with amazing vocal clarity and a powerful rich, deep tone.  It’s like listening to a strange mix of Waylon Jennings and Merle Haggard, with a dose of the songwriting spirit of Kris Kristofferson thrown in.  And yet it’s completely unique and belongs entirely to Sturgill.

If you’re working on some of the aspects that make Sturgill’s voice so cool, check out some of the free vocal technique video lessons listed below.

Check him out and feel free to share any singers that have inspired you lately and why you find them interesting. 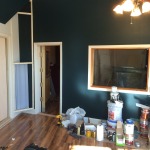 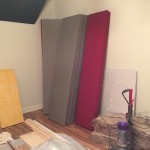 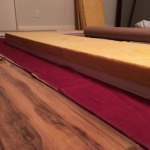 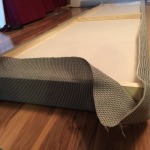